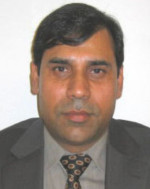 It is not too much to say that the success of the Hayato group is based on the experiences acquired from my stay in Japan.

From my young age, I had a lot of interest in Japan and in its culture.
During my higher education days in Pakistan, I learned a lot about the fascinating development of Japan and the rapid path of economic reconstruction after the World War II.

Fortunately, I could get an opportunity to visit Japan in 1987.
I lived  in Japan for 2 years and I worked there in the field of dry-cleaning service and then worked for a real estate company.

This period that I spent in Japan allowed me to learn many things about the Japanese culture; people, economics, services, needs, interests, and so on.

That is why I believe that I know enough about the Japanese needs and expectations.

When I settled in the Netherlands in 1989, I was able to make my own business. I decided to start a project for Japanese community living abroad to show my gratitude to this country which taught me a lot and which opened its doors to me when I was in Japan. Then, the concept of a Japanese Center came to my mind.

First, I started a real estate company to help the Japanese people to find houses which are comfortable for them. Later, In 1995, I started a Japanese-style dry cleaning service.

Thanks to the warm support of our customers, the group could expand its services beyond the Netherlands to other two European countries, Germany and Belgium. Today, HAYATO GROUP has 5 branches; in Amsterdam, Amstelveen, Rotterdam, Dusseldorf and Brussels and has many services such as Japanese supermarkets, Japanese beauty salon, take-away restaurants, house cleaning services, and apartment renting.

Today I am proud of this project and I will keep working hard to  satisfy the customers.